A large part of many PhDs is teaching. It’s how we gain a different set of skills and get a little extra cold hard cash. It’s generally a good time, and field trips are the best of times.

A few weeks back (late October) I was lucky enough to get the opportunity to demonstrate on a field trip for a 2nd year course.

The field trip was for an introductory marine science course. A few PhD students (like myself) get asked to head down to Jervis Bay for four days to lead of group of 4-6 budding young marine scientists through a simple study about something we have some knowledge in.

My guys were super keen and snapped up the 6 available spots in record time. I put that 100% down to my legendary reputation as a true born leader among the undergraduate cohort, and not at all do to with the fact the project would involve snorkelling in a marine park.

We were collecting seaweed from a couple of different habitats on a nearby reef and comparing the tiny marine invertebrates living on the seaweed in each habitat. Here’s how it went down.

I went down a day before most of the students to help get some data for a mate that was looking at fish communities and needed to catch the high tides. We both went down with a couple of students to head out on the boat and drop some BRUVs (baited remote underwater videos) on the evening high tide. And what an absolute treat that was. It was pissing down rain for most of the drive, most of the time we were on the boat, and most importantly, while we were setting up our tent. Good times.

The first step of our second day was to head out and place some seaweed mimics in the water. 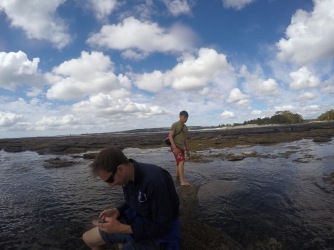 I went out with a student and we got these in pretty quickly, followed by a snorkel with some locals.

PJ shark eggs! Not wedged under a rock so not likely to survive #realtalk

It was around lunch time of the second day that the action started. Everyone else arrived and ruined the serenity. After setting up camp I took my group out to get out our samples and have a bit of a snorkel on the reef. 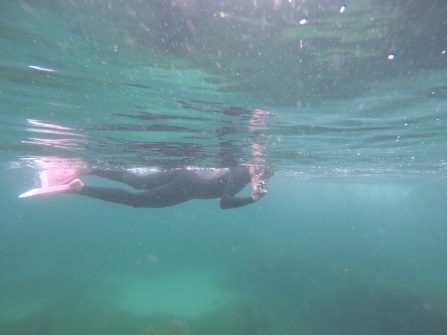 To bring us down after a good day, the group that was preparing dinner decided to go to the beach when they were meant to be in the kitchen and delayed everyone’s meal for like an hour. The worst part? It wasn’t even BRUVs.

Because i’m the greatest demonstrator ever to the walk the Earth I decided to let my troops have a morning snorkel after quickly collecting the mimics. There was going to be a solid few hours in the lab and figured this would be a nice touch before heading inside.

Although the snorkel was very, very nice and everyone was refreshed before hitting up the lab, it only took 10 minutes for the complaining to start. Useless. But! It was a bonding experience, and the day that love blossomed. 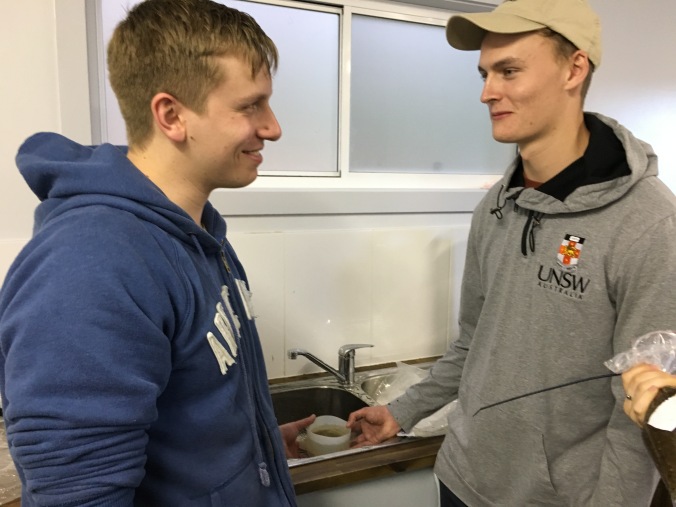 Blossoming love while waiting for the water to flow through the sieve. Clearly a two man job.

After struggling through the 20 samples (let it be known that there was 6 of them doing 19 samples, I graciously did one for them), they finally had some data to analyse, and some sanity to recover.

That night we all enjoyed a couple of chilled beverages and the demonstrators gave talks about our career paths thus far; the students were truly inspired. There was also some great banter among demonstrators from the well funded climate change research centre and us lowly biologists. Those damn sell outs. 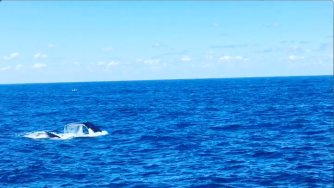 After a morning of whale watching you might think that the day couldn’t get any better. THINK AGAIN!

We returned to a sexy looking data set just waiting to get analysed, and there ain’t no party like an R statistical environment party!

When the adrenalin wore off, they put together a talk about their work to give to the rest of the class that night.

My crew dropping some seaweed knows to the rest of the class. So much enthusiasm.

The talk featured some wonderfully relevant pictures like the one below and was bloody hilarious! It also helped that i’d had a number of chilled beverages by this point.

The last morning was the most satisfying. Having nothing to do besides watching the students write up the weeks work in the format of a scientific paper, under exam conditions. Good times. 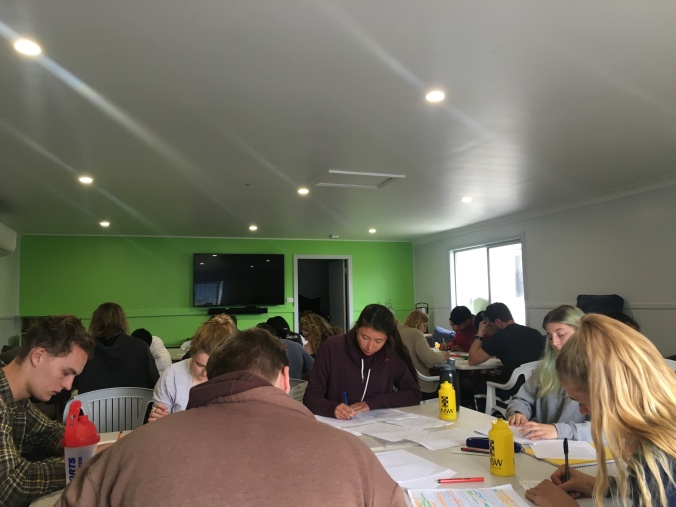 And the sneaky stop in at Berry on the way home for a pie, and donuts and coffee was a great way to finish a very enjoyable week.

Cheers to my students for being awesome, getting the work done, and keeping me entertained. Look forward to showing you some proper work when you help me out in the lab with my real science samples 😉